Some Items Of Historical Interest For Cootamundra

Cootamundra has a long standing history with records and photographs dating back to as early as the 1800’s. Below are some of the early highlights of Cootamundra’s history courtesy of documents provided to the CDC by the late Beryl Ingold MBE and former member of the CDC Board.

2011
Cootamundra celebrated its Sesquicentenary in style with a huge street parade and community party to celebrate the town’s 150th birthday with the town coming together to mark this momentous milestone one that all generations are sure to remember for years to come
2001
Cootamundra Heritage Centre is established. 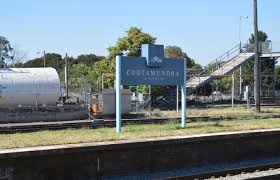 1971
Official opening of reconstructed Town Hall and Administration Office.
1969
EA Southee Public School was opened.
1967
De La Salle School and Sisters of Mercy Convent School integrated fully and became the Catholic High School National Finals of Rodeo first held in Cootamundra.
1961
Cootamundra celebrates its Centenary of proclamation as a town with the community coming together to celebrate with a massive street parade and events as part of the celebrations.
1958
The present High School was opened.
1952
Cootamundra finally won the present name. Since 1860 it had been officially and on Government Department Records – Cootamundry. People first began using the present name as early as 1885.
1942
The Sacred Heart Hospital was opened under the direction of the Sisters of Mercy. On 3 December, the corvette HMAS Cootamundra, named for the town, was launched.

1934
The Convent School was built.
1932
The Ambulance Service in its present form was established Water became available from the South Western Tablelands Water Supply Scheme.
1928
Technical Education with sheep and wool classes commenced.
1924
The town was wired in readiness for electricity.

1920/21
Ross and Keith Smith landed at Cootamundra Aerodrome on their famous flight from England to Australia. 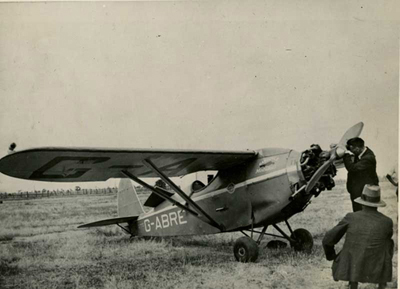 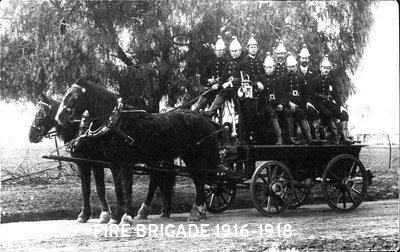 1912
Secondary education facilities were provided.
1911
Beginning as the Cootamundra Hospital, in operation from 1897 to 1910, then reopened in 1911 as the Cootamundra Domestic Training Home for Aboriginal Girls is now referred to as Bimbadeen and is situated on the outskirts of town in Rinkin Street.
1910
The District Hospital was opened. 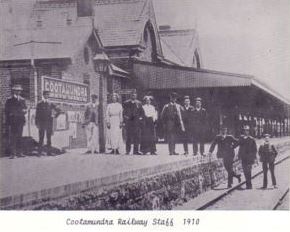 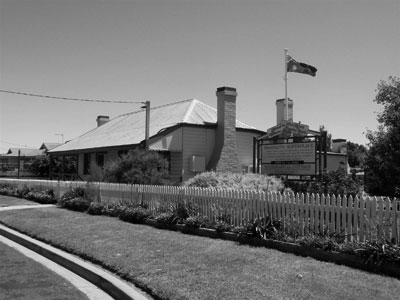 1907
The Shire of Jindalee was proclaimed and covered an area of 583 square miles. It was the original Cowcumbla Shire.
1900
The hall was added to the municipal buildings built in 1890 and the building was officially opened in 1901.

1896
Cootamundra Cycling Club was formed. It is probably the oldest continual club in NSW, although as was the case with most clubs it went into recess during the war years.
1895
Cootamundra Golf Course was established and is the oldest country golf course in the state.
1894
The town got its first water supply, pumped from several wells at Hurley’s Springs. The next source of water was Hardy’s Folly Dam, this was used until 1932 when water became available from Burrinjuck Dam. 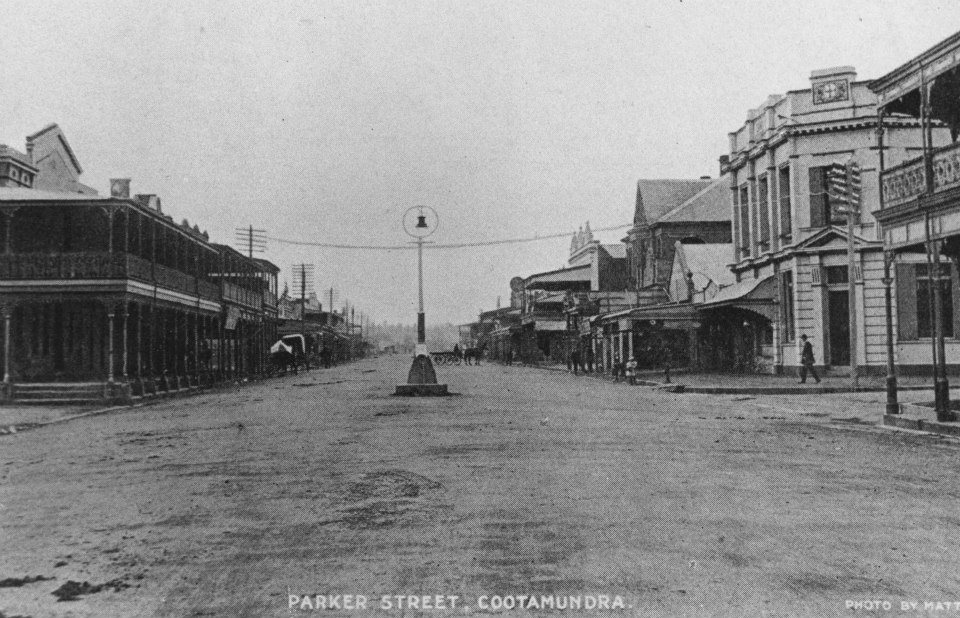 1892
The gas service was installed by the then Municipal Council.
1889
The first hospital opened.
1885
At Salt Clay Creek (the Gap) the worst rail disaster in Australia’s history (at the time) occurred when 8 people were killed and 45 were injured. The now historic Cootamundra Gaol was built. 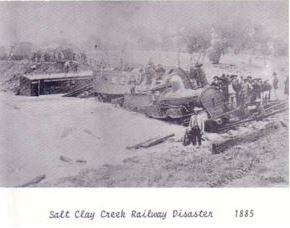 1884
The Municipality of Cootamundra was proclaimed and had an area of 3,010 acres. Sir Henry Parkes laid the foundation stone for the old District Hospital
1882
The first show was held on Albert Park. The Convent school under the guidance of the Sisters of Mercy was commenced.
1877
The school in Cooper Street (Cootamundra Public School) was commenced on the present site. Commencement of the Cootamundra Herald by Mr Fred Pinkstone Cootamundra was linked by rail to Sydney.
1876
Cootamundra consists of five or six stores, eight hotels, a bank, a large steam flour mill and a small collection of houses. It also has a Police Station, Post Office and Telegraph Office
1875
The first school was commenced in a building 13’ x 30’ on Church Hill (in the vicinity of the present High School). A Telegraph station was opened in the town. A brick and stone church was erected at Jindalee by the Methodist population and is still standing today.
1870
Cootamundra’s first church, a pise building was erected by the Catholic population.
1866
By this time the little village had a population of 100 persons, a Post Office, Police Station and two hotels.
1862
The first town lots were sold at the Police Station at Gundagai. 52 lots were sold the first day and 44 were sold on the second day. 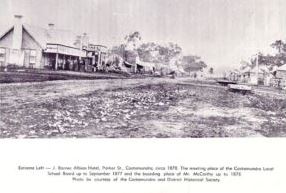 1861
In this year Cootamundra was proclaimed as a town and the first settlers were interested in the pastoral and agricultural potential of the district.
1860
A plan of the proposed village was drawn up. It was to be on the banks of the Muttama Creek and in the vicinity of the flour mill. The site was originally the horse paddock on John Hurley’s station.
1848
John Hurley obtained permission to pasture stock on “Cootamondra Station” which was approximately 49,920 acres in area

If you are fascinated by Cootamundra and its history why not call in to the Cootamundra Heritage Centre and take a personal walk through Cootamundra’s rich history.